James Delingpole of Breitbart News has revealed what he says is proof that everything on Greta Thunberg’s Facebook page is written by her father and other activist adults.

A glitch allowed users to briefly see who was actually running the sites they were visiting. In the case of Greta, it is her father. 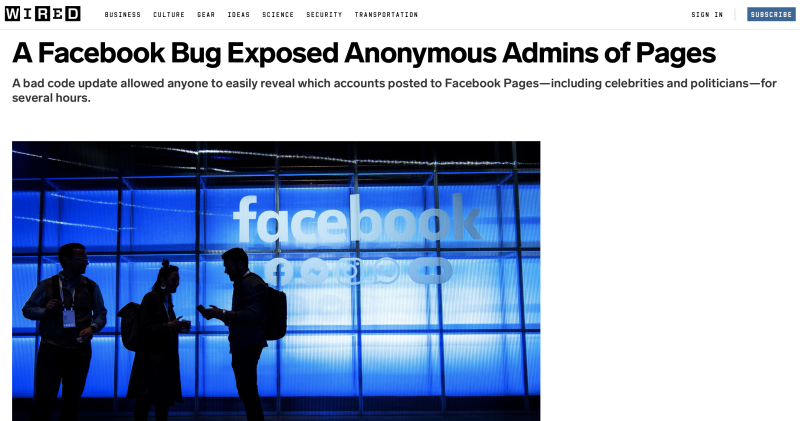 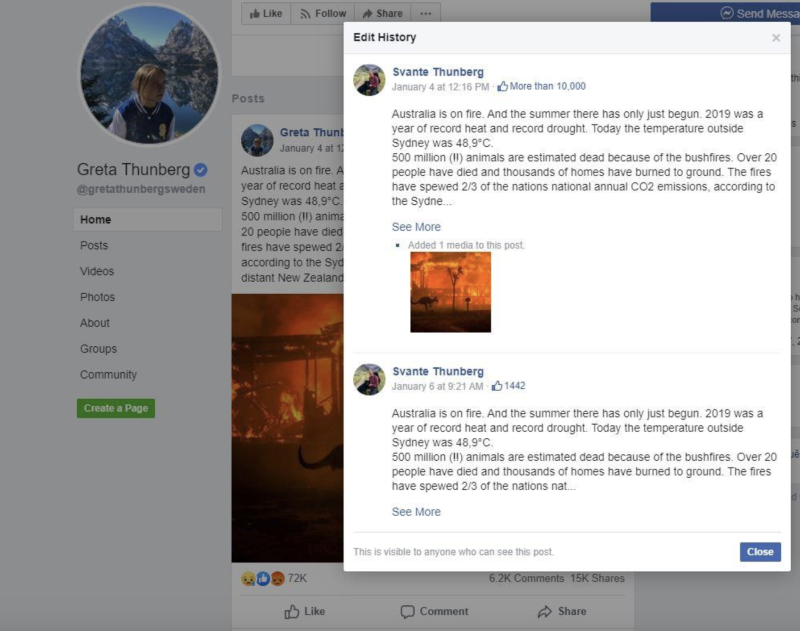 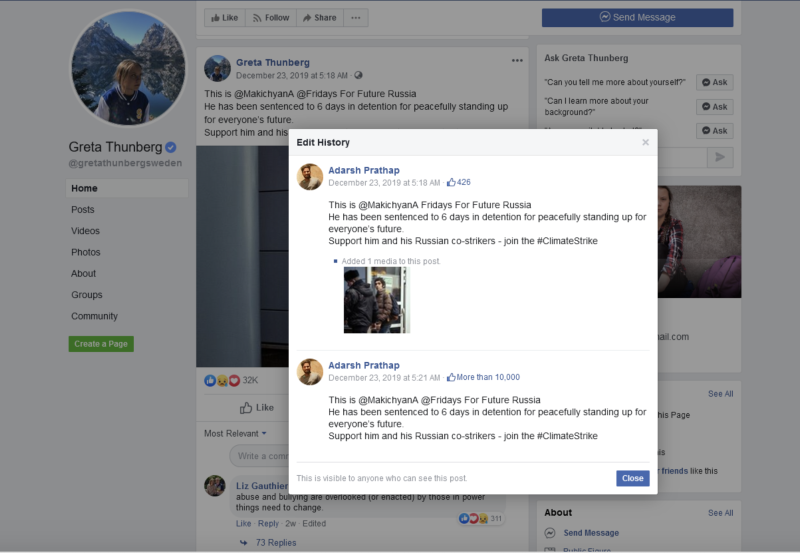 Adarsh Prathap, who wrote the last article I posted, is an Indian delegate to the U.N. Climate Change Secretariat. This gives credence to the fact that liberals are using her much in the same way gun control advocates used David Hogg. Where is he now? The same place Greta will be after she serves her purpose.

She currently is a good face for the environmentalist movement, so much so that she has been invited to the World Economic Forum in Davos, Switzerland so that she can yell at the delegates and push the religion of the left. That’s exactly what this movement is — a religion — because you have to take it on faith because there is no hard evidence to back it up.

What’s pretty clear, though, is that without her controllers and a prepared script Greta Thunberg can barely function. She is, remember, a 16-year-old school dropout, with only a very rudimentary understanding – based on the propaganda she has been fed by adults – of the issues surrounding climate change.

This was cruelly exposed at a press conference where she couldn’t even answer the simplest, most soft-ball question without a script.

Greta’s puppetmasters, however, have since doubled down with a post on Greta’s Facebook page – purportedly written by Greta – explaining away the problem.

“The rest that is shared on Facebook is reposted from Twitter and Instagram by the guy who founded the Greta Thunberg Facebook page long before I knew it existed. His name is Adarsh Prathap and he lives in India. Since a lot of people thought it was my official page in the beginning I asked if I could co-manage it and he said yes.”