Isaiah Maza Jr. is accused of lighting a fuse on an explosive and throwing it through a broken window on the Mark O Hatfield Building, injuring both legs of  a federal agent. A group of BLM/antifa rioters tore the wood away from the front door to the building, placed there to protect it and the occupants from the rioters.

In one of the videos Maza could be seen walking toward a hole in one of the windows and chucked his package just inside the courthouse and when it went off, it injured one of the federal agents on both legs. He has since been arrested for that crime and will be facing a federal trial in the same building he bombed.

Assistant U.S. Attorney Gary Sussman described Maza as a “very dangerous man”  who was caught on video lighting a package before throwing it through an open window of the courthouse. The deputy US marshal had burns on both legs from the device. 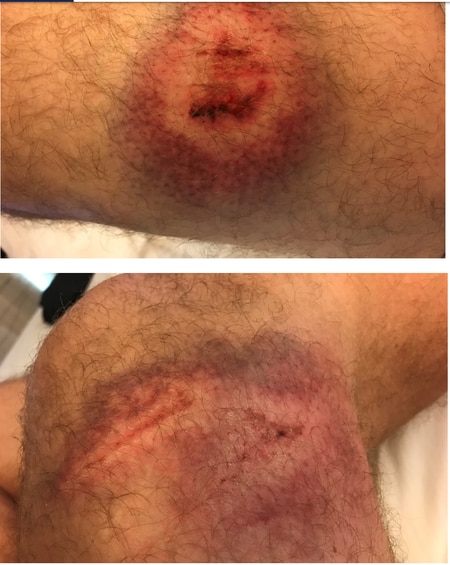 “This is a very vicious, very violent crime. That conduct is exceedingly dangerous. He was out of control that night. There’s nothing to say he will continue to be out of control in the future.”

Maza was out on pretrial release from a state first-degree criminal mischief charge at the time of the July 22nd incident. Maza was spotted next to the courthouse when US Marshals spotted him and gave chase until he was caught and arrested.

Agents from the FBI and the U.S. Bureau of Alcohol, Tobacco, Firearms and Explosives interviewed Maza, who first denied any involvement but then admitted he lit the device when shown a video of it, according to a federal affidavit.

Maza told federal agents that someone else had given him the explosive device and said he did not see anyone or any officers near where he had placed it and didn’t expect it would cause damage to the courthouse or harm anyone, the affidavit says.

Earlier, Maza was caught on surveillance video removing plywood from the exterior of the courthouse and another person broke the front glass with a piece of wood. Once the glass was broken, Maza is seen lighting a fuse or string to a yellow cylindrical object that he tossed through the glass opening, according to the affidavit.