Biden Is Meeting With Him? Jacob Blake Sr. Has Long History of Racist, Antisemitic, Anti-Christian Posts

The social sciences long ago identified the significant role fathers have in the development of their children.

Typically the or a financial provider, a protector, and disciplinarian of the children, when needed.

I know, you may think I am old fashioned, but the statistics of the success of children who are raised in a home with a married and involved father and mother compared to single-parent homes without or with emotionally absent fathers are staggering.

This brings me to the situation in Kenosha, WI.

As you probably know, Jacob Blake Jr., 29, was shot seven times while allegedly resisting arrest. He is currently hospitalized, paralyzed from the waist down.

A tragedy for sure, and there are still a lot of questions that he must answer in helping the community understand what happened the day of the shooting and why he walked away from the police after they attempted to taser him.

President Trump called Julia Jackson, the mother of Jacob Blake, within a day of the shooting, but she missed the call. She later told which she told CNN’s Don Lemon that she wanted to apologize to the President for missing his call.

According to Breibart, Blakes’s father, Jacob Blake Sr. who rejected a meeting with President Trump, appears to have a long history of racist, antisemitic, and anti-Christian posts on Facebook. He is set to meet with Democratic Party presidential nominee Joe Biden on Thursday.

Blake Sr. has been a ubiquitous presence on television and at Black Lives Matter protests since his son, Jacob Blake Jr., 29, was shot seven times while allegedly resisting arrest. The younger Blake is currently hospitalized, paralyzed from the waist down. Riots erupted in Kenosha in the aftermath of the event, destroying many businesses and leading to a deadly shooting.

Blake Sr.’s social media posts, particularly on Facebook, reveal radical political views and extreme racist rhetoric. On Instagram, where Blake Sr. appears to have had a much more limited presence, he posted a video about the Sep. 11, 2001 terror attacks: “Man, I give a fuck about 9/11.” He went on to cite the killing of 12-year-old Tamir Rice by police in Cleveland in 2014.

On August 23, a post appeared on the Facebook page of Jacob Blake Sr.: “My son is alive and stable.”

My son is alive and stable

A search through the other posts on that Facebook account reveals a timeline replete with bigoted statements, such as: 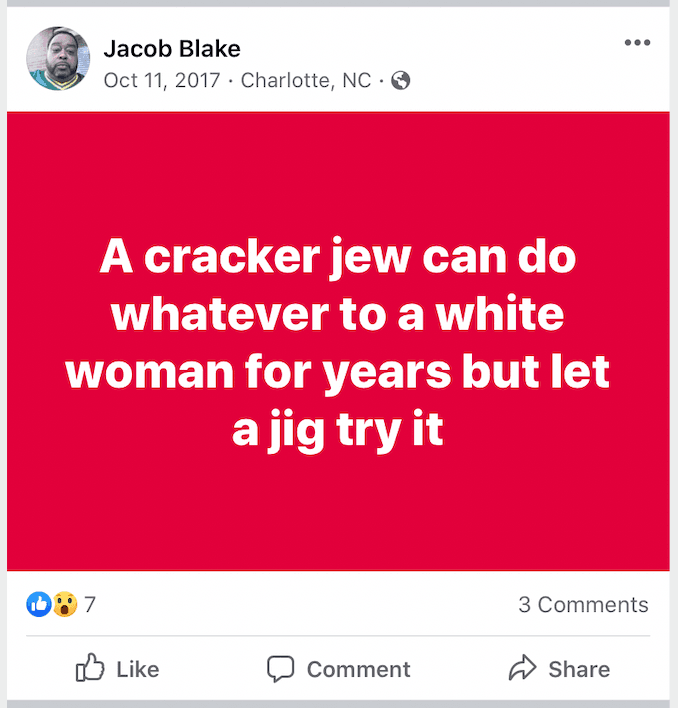 One post refers to attendees at the Young Black Leadership Summit at the White House as “Young black coons”:

Other posts frequently use racist terms against white people, such as “crackers” and others. There are also posts promoting Louis Farrakhan, the racist, antisemitic leader of the Nation of Islam, and denigrating Christianity as a way to fool black people. 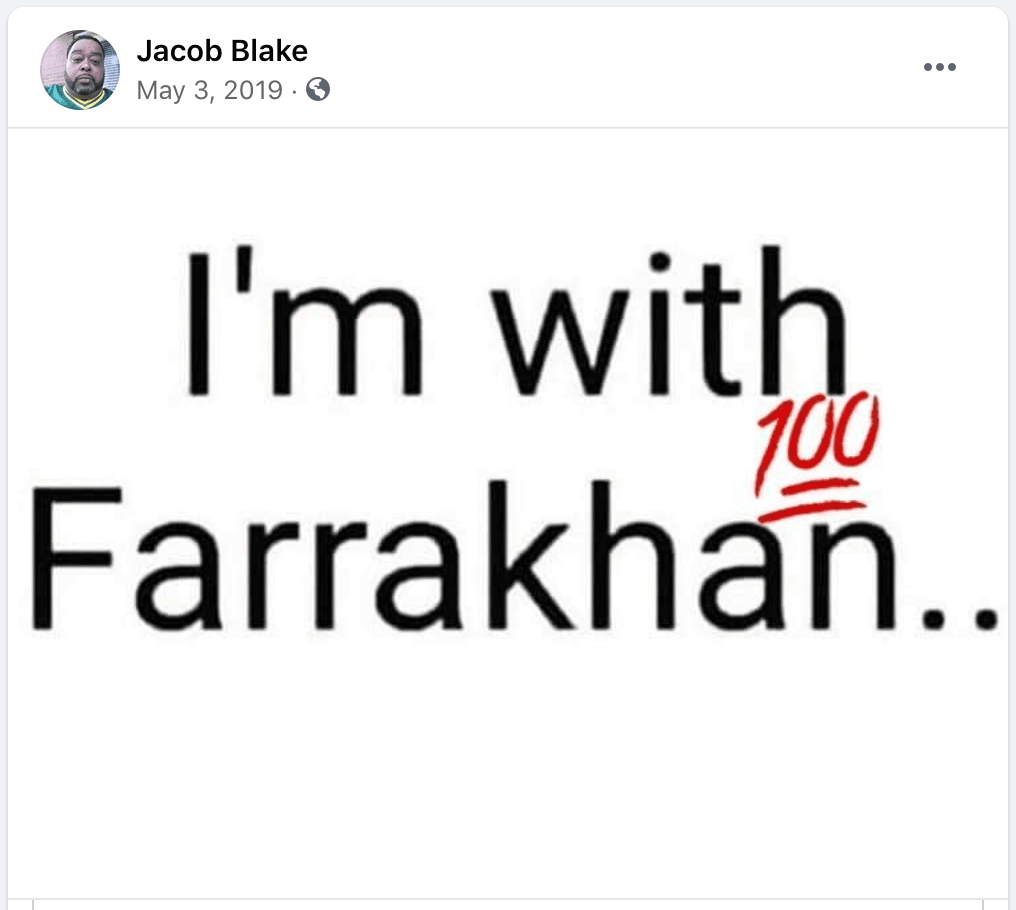 In one post Blake Sr. shared, a photo of a white Jesus is shown in a toilet. 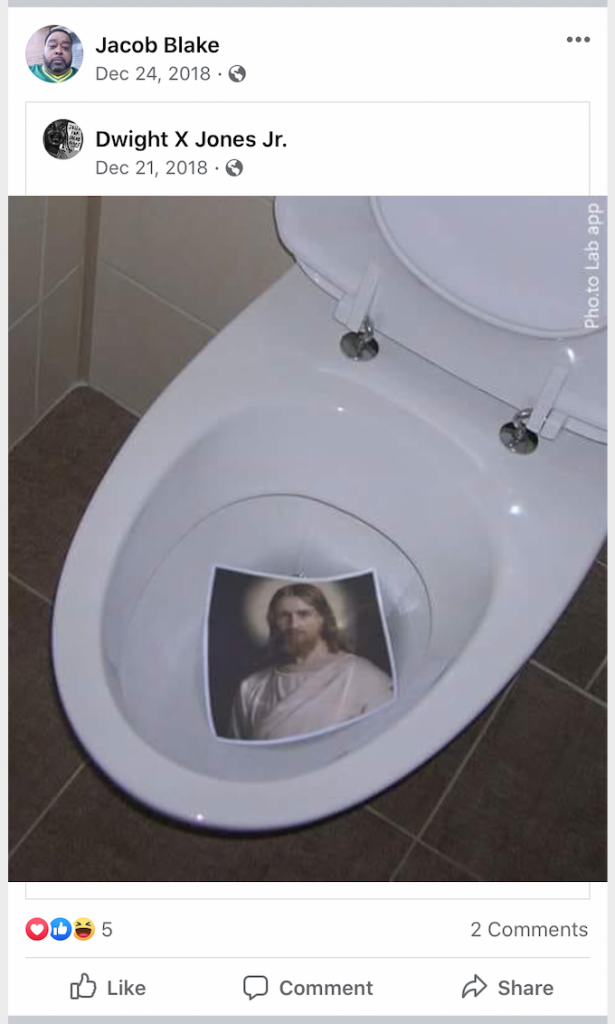 You will not hear about Jacob Blake Sr.’s bigotry, Islamic faith, or past misgivings, as the left lifts him up a voice for change in spite of his son’s criminal past, and all the facts leading up to the shooting.

Jacob Blake Sr. gave powerful witness to the kindness and empathy of Joe Biden and Kamala Harrishttps://t.co/BSCOHX37JB via @mediaite

Another sad story of a dysfunctional home and the media using the family members to try to advance their political causes.

No shame, This Is CNN.

Biden Tells Chris Wallace During Debate He Does Not Support the Green New Deal, After Defending It And with It Featured On His Website – “The Biden Plan”